Yesterday we stayed home all day and I had promised the girls that we were going to make Valentine's for their teachers at school (and anyone else that they wanted). They were so excited. Camden kept asking me..."Are we going to get to cut with scissors?". She LOVES to cut with scissors and she has been banned from them for awhile now. Apparently, during the girls' last cutting session, Camden decided to cut a few bangs for herself and Claire. I guess I wasn't monitoring as well as I should have been. And the sad thing is, it took me about a week to even notice the shorter hairs in front. It never dawned on me that it could have been from them using scissors. That should have been my FIRST thought. Oh well, hair grows back.

Now to get back on track. I had been gathering lots of supplies over the last couple of weeks and found some great paper and stickers at Target on the dollar aisle! Gotta love the dollar aisle at Target!!! When I started pulling everything out the girls were so overwhelmed at all the supplies! They were in heaven!! They immediately went to work and had so much fun! We literally worked on Valentine's for 2 hours!! Carlyle was napping so it was fun to get to spend some time with just Camden and Claire with no interruptions!

I'm treasuring these moments more now as I think ahead to the fall when Camden will start school. She is so excited and I know it will be good for her, it just makes me sad because for 5 years now she has been at home with me. And poor Claire....I think she will be lost without her big sister!! But, this will allow for some quality time with my Claire Bear. But can you believe that Claire will start school the next year???? WHAT???? That REALLY makes me sad!!! In the midst of all the drama that these girls can produce, I hope and pray that I can remember to treasure these moments with them! They go by way too fast!!! 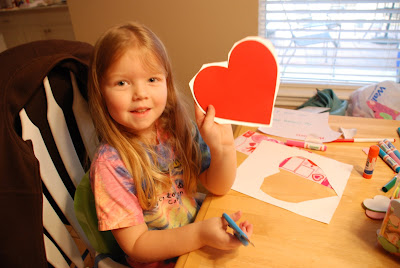 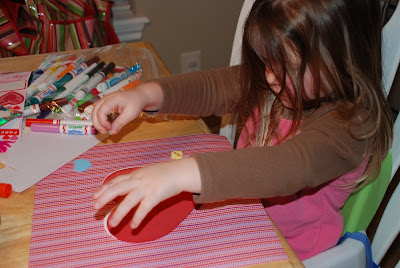 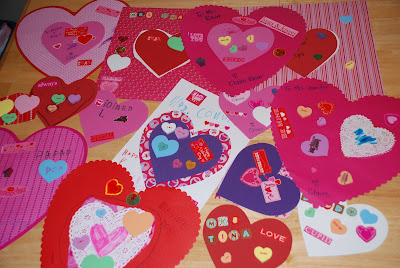