After school on Thursday I had to go to the insurance office to discuss some options with our car and homeowners insurance. I knew the girls would not sit like little angels while I was there, so I asked our friend, Mrs. Robin, if her daughter could babysit after school. So, the girls loaded up in Mrs. Robin's car and went to pick up Mallorie from school. On their way home, Mrs. Robin had to stop and vote. While they were inside, Claire kept saying,"We're gonna boat!". Then, she took them back to her house and they had so much fun. Mrs. Robin and Mallorie took the girls across the street to the lake, where they fed the fish. There were duck decoys out in the water, too. Camden kept throwing bread to the decoys and saying, "They're not hungry" because, obviously, they weren't eating any bread because they weren't real. Thanks Mrs. Robin and Mallorie for entertaining Camden and Claire! 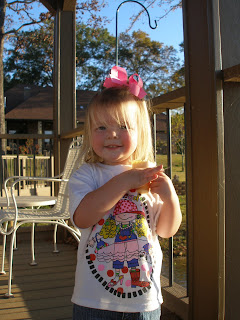 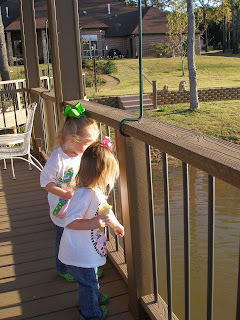 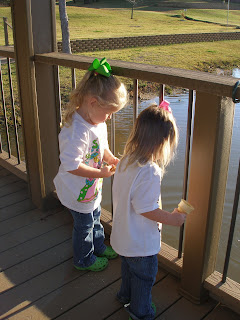