Carlyle turned 23 months last Thursday and I only took one picture of her that day. Here she is on her official 23rd month birthday. 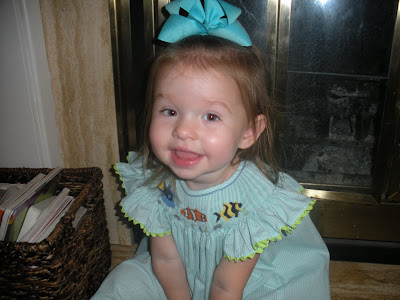 Today was Carlyle's first day of PDO for the fall. Even though she has been going to PDO with me since she was only a few weeks old, this was her first day to be in a class other than mine. Since she has been in my class since she was born, moving up to the toddler class was a big deal. There were lots of changes in the toddler room that she wasn't used to, but I felt confident that she would do well. I knew she would have a good time since her buddy, Callen, was in her class and because Mrs. Caren (Callen's mommy) was her teacher. She was a little clingy this morning, which surprised me, but once she got in her room she did pretty well. 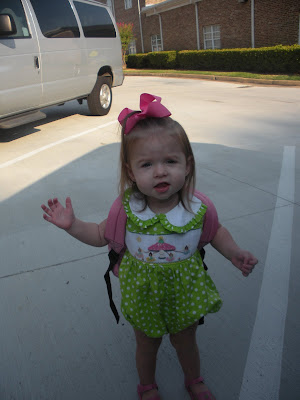 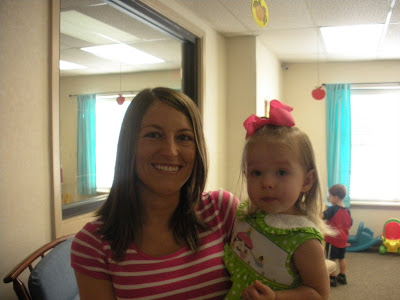 Instead of sitting in a high chair for lunch, Carlyle got to sit in a chair at the table. I watched her through the window for a few minutes and she just sat there, watching as her teacher got everyone's lunch out. Even though her food was already in front of her, she didn't take a bite for awhile. Then I heard Mrs. Caren say,"Carlyle, come sit down and eat". In fact, I heard that several times. Carlyle wasn't used to having freedom at lunchtime. I'm sure she will catch on quickly that she has to stay in her seat to eat, but just in case she doesn't, I'm going to give her teacher permission to strap her in the chair. Ha ha! 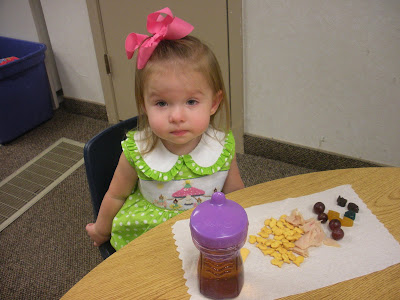 Nap time was different for Carlyle, too. Instead of sleeping in a swing, she had to lay on her nap mat. Mrs. Robin went in and took a picture of Carlyle when she layed down. She was so still, it was kind of freaky looking. She and Callen were laying next to each other and they were awake for awhile. But, Mrs. Caren said that when things in the room calmed down, both girls went to sleep. They didn't sleep that long, only because another child in the room woke up screaming and screaming!! Hopefully, all the kids will get used to their new room and new schedule and will learn to take longer naps! I'm so glad that Carlyle had a good day and I know that it's good for her to be away from me some during the day, even if it is just across the hall. 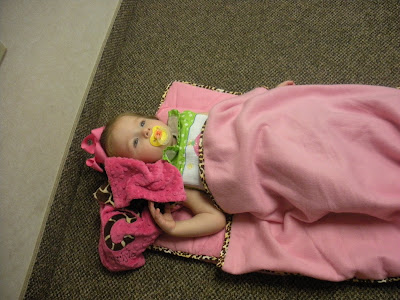 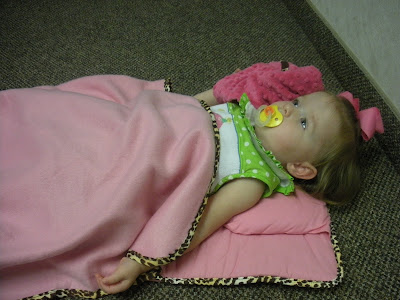