Every year I take the girls to sit in Santa's lap and get a picture. And every year it seems like there's one of of the C's who is less than thrilled about the visit. The minute we get in line the clinging, tears and loud cries begin and they don't end until we are a very safe distance from the jolly man in the red suit. I know some parents can't stand to hear their kids cry and wouldn't dream of making them sit in Santa's lap for a picture, if they were going to scream. I, on the other hand, love looking back at the pictures of the girls in Santa's lap and I treasure these memories, even if they were upset. One of these days they'll be grown and I want to know that I captured as many memories as possible.

This year I was fully anticipating Carlyle to be the one who screamed and screamed and screamed. She gets scared of birds in the parking lot, commercials that have dogs barking, and has even gotten scared of a statue of a dog. So, with the history that she has with animals, I fully expected her to react the same way with the bearded man dressed in red. But, to my surprise, she anxiously waited in line and kept saying "Santa" over and over. When I asked her if she wanted to sit in his lap, she said "yeah"!!! Because I wasn't sure how she would do, we positioned the older girls first and then sat Carlyle in his lap at the last minute. What a shock!!! She cheesed it up, smiling ear to ear! She even gave him a hug before we left!

I love this year's Santa picture and am so happy to have gotten one with all three girls smiling so big!! 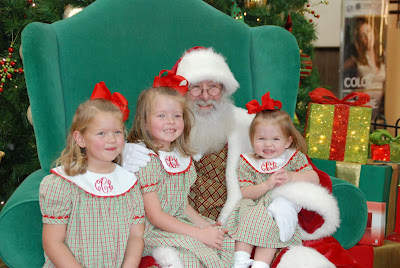 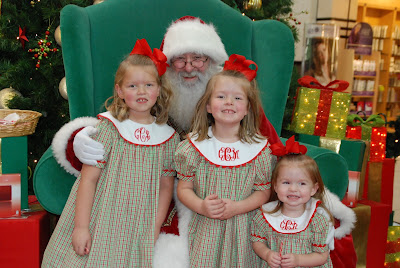 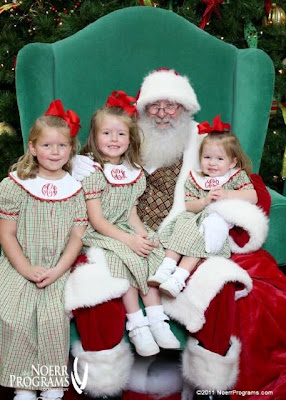 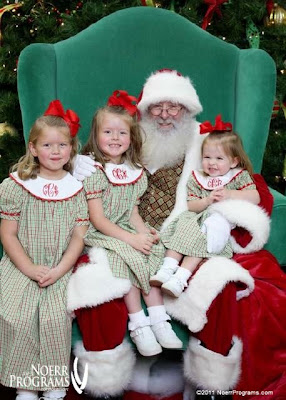 For fun, take a look back at all the Santa pictures since Camden was a baby.
2004-Camden 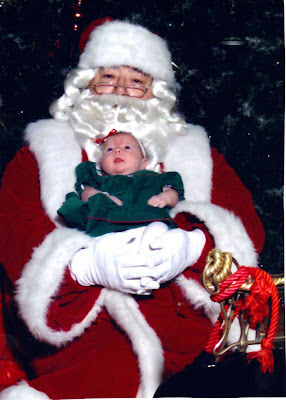 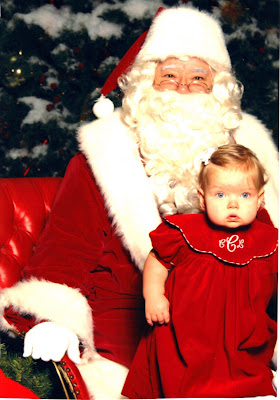 2006-Camden and Claire (love this one...we barely got Camden in the picture. Can you tell she's sitting as far away from Santa as possible?) 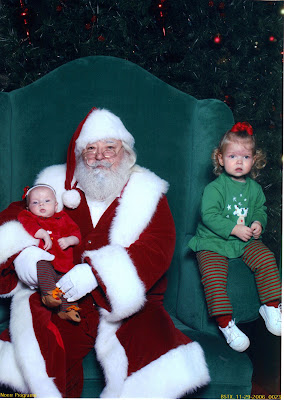 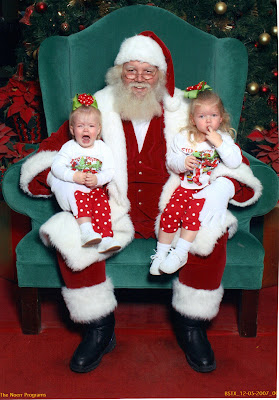 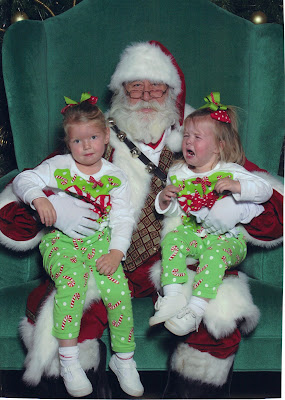 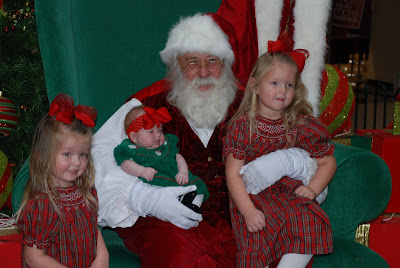 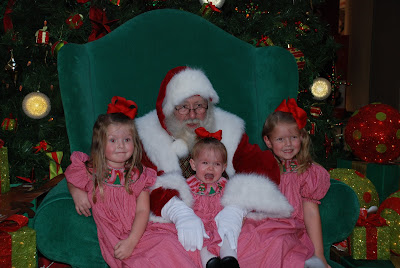 oh how i wish i had done that. priceless. love their dresses this year, too...of course! :)

You're girls are absolutely beautiful!! And so is your blog page. ADORABLE!